Science writers and journalists play an important role in engaging the public with science, bringing the work of scientists from the lab to the public spotlight. Their work is important in ensuring that bad science does not influence pubic opinion and government policy. A science writer does not always need detailed, in-depth expertise of a particular field, but should have a broad knowledge of science and the scientific process, along with a passion for science and the ability to convey difficult concepts to a non-scientific audience.

The past few years have seen an explosion in the amount of information available to consumers, with mediums such as cable TV, digital radio and the Internet providing new ways for people to gain access to journalism and ideas. This, coupled with the sheer number of experiments and discoveries made by scientists worldwide on a daily basis, means that, now more than ever, there is a demand for intelligent, engaging science writing and journalism.

However, this increase in the number of ways to reach an audience is a double-edged sword, leading to more writers fighting to attract a smaller audience. Despite an increased demand for science writers and journalists, there is still heavy competition for the top writing jobs. Trying to become a professional science writer is arguably one of the most intense and difficult occupations you could choose, and you must be willing to work hard for initially little pay, be thick-skinned, inventive, persuasive, persistent and talented at networking and forming professional contacts. Often science writers get their best jobs based on who they know rather than what they know.

Formal qualifications in writing and journalism

Unlike some other careers, a formal postgraduate qualification is not compulsory to become a science writer or journalist, but it does help. The skills required to be successful whilst studying a science degree are not necessarily the same skills that make a good journalist, as the language and style used in academic science writing is in general unsuitable for the field of science writing and journalism.

There are many postgraduate Masters and Diploma courses available to science graduates who want to get to into journalism and completing these courses is a standard route into journalism. It is not necessary to get a specialized qualification in Science Communication or Science Writing, as the important skills to become a journalist are covered in more standard Journalism courses. Finding out what previous graduates from the course you are interested in have gone on to do after completing the course and sticking to courses accredited by the National Council for the Training of Journalists (NCTJ)is a good way to ensure that you do not end up paying for an expensive course that does not lead anywhere afterwards.

Bear in mind that some of the best Journalism courses will require some evidence of previous involvement or interest in journalism and media, such as working for a student newspaper or interning at a media company. This is difficult for many science graduates, who may have faced a busier timetable than other graduates at university and hence did not have time to participate in extracurricular activities. As a result, you may only be able to get a place on a specialized Science Communication or Science Writing course. From there, it is possible to move on to a general Journalism course or strike out into the world of science writing or journalism.

As with many other postgraduate courses, there are no government student loans to fund a formal postgraduate qualification in writing or journalism, with some courses costing over £5000. However, there are some intensive journalism courses accredited by the National Council for the Training of Journalists that, due to their short time span, can cost as little as £1000.

In addition, some organizations, such as the Guardian Media Group, the Arts and Humanities Research Council and the Wellcome Trust, offer bursaries for training in science communication – check the institution you are applying to and the links below for funding ideas.

There are plenty of opportunities for graduates to improve their writing skills and gain valuable work experience and contacts in the field of writing and journalism. Many formal journalism courses will require evidence of previous experience in writing from applicants, and anything you produce in your spare time will help you create a portfolio of past work and clippings to show employers and make yourself known. In addition, as previously mentioned, a writing opportunity often comes up based on who you know, so interning or doing free work is a great way of networking and making professional contacts that you will find useful in the future.

Most journalists and writers who will have at some point participated in the production of a student or amateur publication, which helps develop their writing style before they begin a career in journalism.  Working on a nonprofessional publication is a great way to practice your writing and research skills without putting your career at risk, and helps produce a portfolio of past work to show future employers.

Many major media companies and publishers will also offer internships for students who wish to make their way into science writing or journalism. As well as companies like the BBC and publications like The Economist, it may be worth trying for an internship or voluntary work with a scientific organization like the Biochemical Society. This gives you the chance to produce work under the guidance of experts in the filed as well as gaining valuable work experience and contacts. See the links below for more potential work experience providers.

A career in science writing and journalism

Even with the right qualifications and a few publications under your belt, don’t expect to start working as a science correspondent for a major publication straight away. There are large amounts of competition for good permanent posts, so instead many science writers work as freelancers, picking up jobs where they can. A science writer may find themselves writing a science story one day and a promotional advertisement for lab equipment the next. It is not uncommon for freelance science writers to find themselves writing articles for non-scientific publications on non-scientific subjects, or even straying into advertising to make money.

If you want to become a renowned writer, it is important to try to get people recognising your name in print, and creating a reputation for yourself. When starting out, you may want to try sending out speculative articles to major publications in the hope they will publish it. Although this will not lead to a publication very often, it does mean that you are getting recognised by the publication’s editors and the article may be used in the future. It is important to carefully adapt the article to each publication’s own style and format – make sure even every speculative piece you send out is your best work, as it is a representation of you for editors now and in the future.

As well as print, good science communicators are also needed in TV, radio and the Internet. Radio science is limited to programmes produced by the BBC’s Science Unit for BBC Radio 4, whilst TV has a more broad range of opportunities, in research, production and even presenting. However, there are the most opportunities available in online journalism.

As organizations and companies produce more and more online content, there is a growing demand for science writers to create this content. Check the links below for more information. 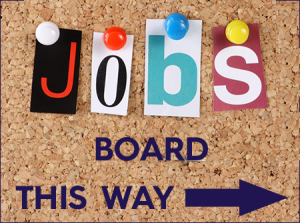